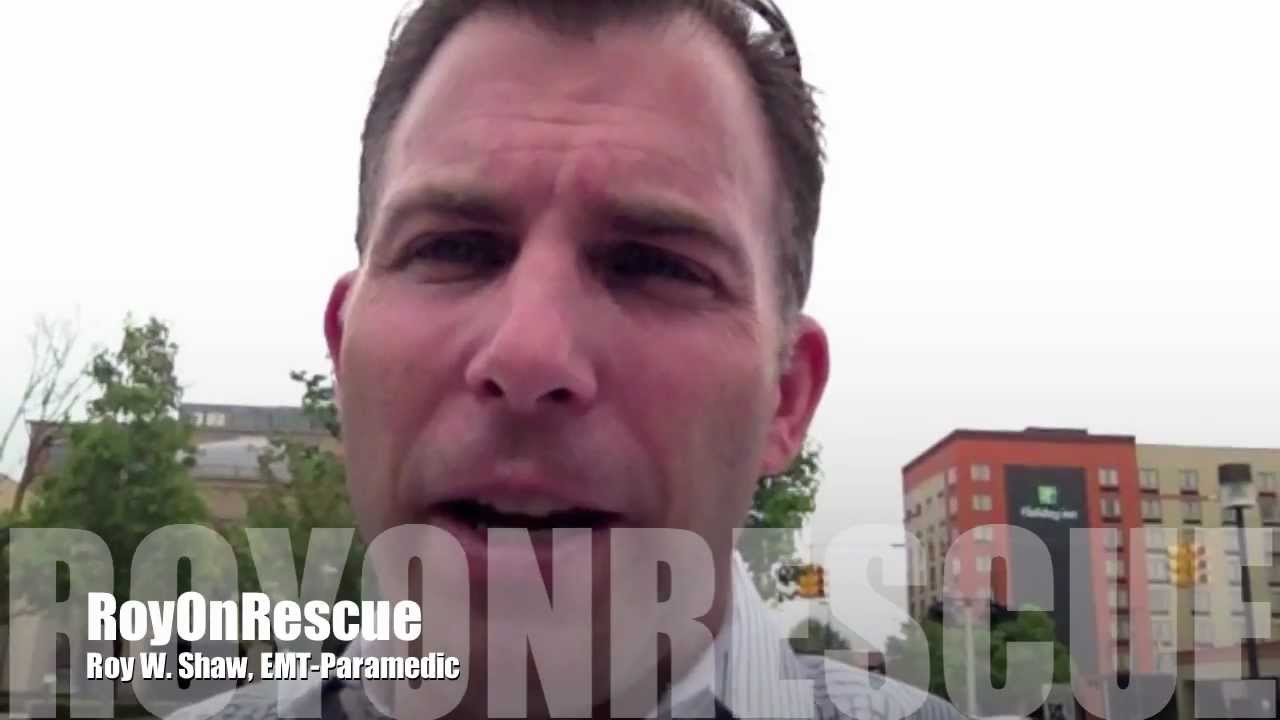 In this episode of RoyOnRescue, Roy talks about why cardiac arrests secondary to traumatic injuries, especially rapid deceleration accidents are so hard to resuscitate.  Roy goes a bit  more in depth about how every deceleration or rapid acceleration accident really is more like three different collisions.  Car hits wall, body hits car and organs hit inside of the body…that’s 3.  Now take a closer look at how it happens in this episode of RoyOnRescue.

“On the surveillance video, a woman is followed by a man, who then appears to accost her.

Tale-Yax walks toward them. What can’t be seen is him being stabbed several times in the torso while trying to save the woman.

Within seconds, the camera captures the apparent attacker running away. Authorities say the woman fled from her assailant.

Tale-Yax, who was homeless, starts to chase the attacker but then collapses.

A minute later, a potential good Samaritan walks right by. And so does the next person and the one after that. A procession of more than 20 people seem to notice and fail to help.”

In this Roy On Rescue Video Blog, Roy W. Shaw, EMT-Paramedic explores a most disturbing news story about a man who comes to the aid of a woman being mugged, gets stabbed himself and then is left on the sidewalk to die.   The most disturbing part of the whole story is that approximately 20 people walked, drove or rode their bicycle by the dieing man without doing anything to help.

Roy get’s a bit serious in this episode but wants to make sure that if there is a reasonable doubt about getting involved to save another’s life and one is being stopped because of a misconceived fear, that fear must be removed before another person needlessly dies.

Don’t let one of these fears stop you from rescuing:

4.  Might Hurt or Kill The Person by doing something wrong

Roy dissolves the misconceptions and misunderstandings of these top fears and hopes that if you know someone that may not rescue due to being afraid to try, you will pass this story on to them!

If you’re reading this or watching video right now, you are probably one of the ten percent of the total population that this story doesn’t apply to.  That’s why we know we are probably “preaching to the choir” but Roy is sure that you probably know someone that wouldn’t get involved in a rescue.  Please pass this on to them.