In this 3rd and final video on the series “Emergencies When You’re Alone” we cover what to do if you are severely cut and are all alone. If you’ve ever wondered the best action to take to survive, you will want to watch this video.

Whoa!  I can hardly believe that anyone would dare to question the utter possibility of real people suffering after being affected by an explosion, but they are!  I received a comment from a Rescue Fan and they had seen posts and videos put out by someone who claims that the bombing injuries could actually be “mocked” or “fake”.  Now, regardless of whether they are or are not, I would like to answer this question regarding the claims that minimize this type of event. 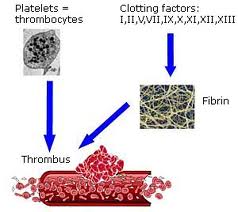 Regardless, it appears that those who are questioning authenticity of the recent bombings and injuries/amputations related to these bombings are due to pictures that show people right after the bombing with little or no visible blood.

Most professionally trained people understand the properties of blood and how amazing our body is.  We understand that the body was created in such a way that it reacts to emergency situations in ways that help to slow down the process of shock and death in time to get help and try to recover from the injury or illness.  The following is a technical breakdown of how the body reacts to injuries, cuts and amputations and why minimal blood is not a good theory to use when it comes to deciding if a person really suffered an amputation or not.

In short, we must remember that when a vessel is cut and the body sends  the signal that an accident has occurred, the body takes action to lose as little blood as possible and conserve it’s life as efficiently as possible.  The following is a very good breakdown as to how and why it does.  I hope it helps and in the mean time.  Let’s be careful about calling every event a hoax even if it is possible.  Especially when innocent lives are part of the equation.

The 3 main functions of platelets are:
1. The release of chemicals important to the clotting process.
2. The formation of a temporary patch in the walls of damaged blood vessels.
3. Active tissue contraction after clot formation has occurred.
Hemostasis
(the cessation of bleeding) consists of 3 phases:
1.the vascular phase
2. the platelet phase
3.the coagulation phase
The Vascular Phase
*Cutting the wall of a blood vessel triggers a vascular spasm which contracts the diameter of the blood vessel at the site of the injury for about 30 minutes (the vascular phase).
During the vascular phase:
1. The endothelial cells contract and expose the underlying basal lamina to the bloodstream.
2. The endothelial cells begin releasing chemical factors (ADP, tissue factor and prostacyclin) and
local hormones (endothelins) that stimulate smooth muscle contraction and cell division.
3. The endothelial cell membranes become “sticky,” sealing off blood flow.
The Platelet Phase:
In the platelet phase (within 15 seconds after injury) platelets attach to sticky endothelial surfaces, basal laminae and exposed collagen fibers (platelet adhesion). Many platelets stick together (platelet aggregation) to form a platelet plug that closes small breaks.
Platelets arriving at an injury site become activated, releasing several compounds including:
-ADP
which stimulates platelet aggregation
-thromboxane A2 and serotonin which stimulate vascular spasms
-clotting factors
-platelet
-derived growth factor (PDGF) which promotes vessel repair
-calcium ions required for clotting
The size of a platelet plug is limited to the immediate site of the injury by:
1. prostacyclin, which inhibits platelet aggregation
2. inhibitory compounds released by other white blood cells in the area
3.circulating enzymes that break down ADP
4. negative (inhibitory) feedback from high concentrations of serotonin
5. development of a blood clot which isolates the area
The Coagulation Phase
The coagulation phase does not begin until 30 seconds or more after the injury. Blood clotting(coagulation) involves a series of steps leading to the conversion of circulating fibrinogen into the insoluble protein fibrin. The fibrin network covers the platelet plug and traps blood cells, forming a blood clot that seals off the area.
Normal blood clotting depends on the presence of clotting factors(procoagulants) in the plasma. During the coagulation phase, enzymes and proenzymes react in chains or
cascades that form 3 pathways:
1. the extrinsic pathway, which begins in the vessel wall, outside the blood stream
2. the intrinsic pathway, which begins with a circulating proenzyme within the bloodstream
3. the common pathway, where intrinsic and extrinsic pathways converge
The extrinsic pathway begins with the release of Factor III or Tissue Factor(TF) by damaged cells. TF combines with a series of other compounds which activate Factor X, the first
step in the common pathway. The intrinsic pathway begins with the activation of enzymes exposed to collagen at the injury site. All factors leading to the activation of Factor X are found within the blood.
The common pathway begins with the activation of Factor X, forming the enzyme prothrombinase which converts the protein
prothrombin to the enzyme thrombin. Thrombin converts soluble fibrinogen to insoluble fibrin.
Thrombin stimulates blood clotting by:
(1)stimulating the formation of tissue factor, and
(2)stimulating
the release of PF.
(3) which forms a positive feedback loop with the intrinsic and extrinsic pathways,
accelerating clotting.
(http://www.harford.edu/faculty/SSchaeffer/BIO%20204/Blood%20outline.pdf)

In this episode, I take a closer look at the reasons that tourniquets were so important during the Boston Marathon bombing aftermath. Injuries were similar to those seen on the battle field and the battle field has trauma that requires immediate hemorrhage treatment and usually includes a long transport time. In the case of the bombing, we saw a very similar landscape. Though we don’t use tourniquets often in peaceful situations, there can and may be times where a tourniquet could mean the difference between life and death. Watch this episode to sharpen your skills on how to apply an effective tourniquet.

In this episode we talk about the subject regarding when a cut may need to have stitches or when it can be simply treated at home. So if this question has perplexed you in the past, you may not want to miss this episode where Roy sheds some light on this sometimes confusing situation.