Three cheers for our heroic Lifeguards!  In this episode, I get the opportunity to speak with Logan Evans, the Life Guard who was part of a three person team of First Aid providers who helped a woman who had apparently had a seizure and fallen in the Women’s shower room at a local pool!  The problem was that there was a pool full of people and the patient was trapped in a locked shower stall half in and half out of the door on the ground.  Watch this interview to see how Logan, Certified Lifeguard, sprung into action to help this person through this scary and potentially life threatening situation. 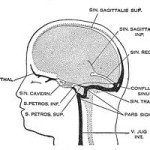 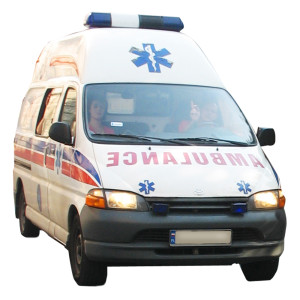 I received a question regarding infants having seizures and the proper treatment for them. 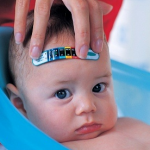 The person asked if  it’s proper to handle the patient the same as an adult?  This is a great question and one I wanted to address a little more in depth than a simple reply by email.

First, it’s important to understand what a seizure is.  The following is a quote by  physician, Dr. Fawn Leigh from Duke Health who did a great job describing the two different categories of seizures and how they manifest themselves.

Click here to see the complete article located at:  http://www.dukehealth.org/health_library/advice_from_doctors/your_childs_health/childhoodseizures

“Seizures are divided into two major categories (based on 1981 international classification):

Generalized seizures are divided into convulsive and nonconvulsive. Convulsive means that there is muscle movement such as stiffening (also known as tonic) or jerking (clonic) activity. When these movements are combined it may be called “grand mal.”

These two latter convulsive seizure types can both be difficult to diagnose and treat because often they are the manifestation of a mixed seizure disorder. In infants these seizures may be called infantile spasms.

Nonconvulsive means that there is alteration of consciousness without muscle movement. This form of seizure activity was formerly called “petit mal,” and is now commonly referred to as “absence.”

Absence seizures are unique in that typically they are characterized by an abrupt onset of staring and end just as abruptly with no confused state following the events. Parents usually report that the child looks like they are “spacing out.” (Teenagers who look like this often are not having seizures — they are simply bored.)

Partial seizures may be with or without aura, which involves associated states such as fear, or changes in heart rate, flushing, or abdominal discomfort.

Complex partial seizures commonly originate from the frontal and temporal lobes of the brain where there are many complex interconnections, resulting in alteration of conscious. Typical complex partial seizures manifest as sudden change in level of alertness with or without aura, blank stare, confusional state, or aimless movements such as wandering around or repetitive behavior.”

Second, it’s important to understand what the main cuases of seizures are:

Thirdly, when it comes to treating an infant compared to an adult, it’s a bit easier, though not any less intense especially if it’s your child.  It’s physically easier because baby is smaller and easier to manage.

If this seizure is with a child who has never had a seizure before, 911 or Emergency Medical Services should be activated.  The rescuer is going to  follow National and International guidelines for treating a seizure patient.  Protect the baby from hurting itself while seizing.  If it’s in a bath tub, drain the bath tub of water so as to reduce the risk of drowning and then protect the child from hurting itself while seizing.  Nothing should be put into it’s mouth which is old school for seizure management in trying to prevent “swallowing the tongue” or biting the tongue off.  It is also important that we not try and prevent the baby’s body from convulsing by holding it still or wrapping them tightly.  Simply protect it’s head and other parts of it’s body from hitting anything during the convulsive stage of the seizure.  After the seizure is over, the baby will usually go into a post seizure phase called the “postictal” phase, and there may be some frothy sputum(spit) around the baby’s mouth or in its nose. A bulb syringe normally used for suctioning mucous or sinus congestion could be used to suction or clear the baby’s nasal passage but it is probably not as necessary as we’d like to think.  As a general rule, baby’s have a great gag reflex and if they have any mucous or sputum in their upper airway, it will probably be coughed clear.  If the baby begins to breath after the seizure, it could be irregular with some grunting for a short time and then increasingly get more normal.  Skin color if it has changed during the seizure to a dusky, purple or blue color should improve as the baby begins breathing more normal and it is perfectly acceptable to comfort the baby in a natural position while maintaining a neutral airway in order for it to recover from the seizure.

If it does not begin breathing, begin basic cardiac life support according to the latest ECC/ILCOR and American Heart Association guidelines. Courtesy of ProFirstAid.com, a Free Online infant CPR training video is available by clicking here!

As many as 2-5% of all children will experience at least one seizure related to a fever over 102 degrees Fahrenheit.  The seizure itself is usually harmless and does not cause brain damage nor lead to epilepsy.

Seizures in any age patient can be very scary, and the causes of a seizure are many.  Therefore, if it’s the first seizure the person has ever had, we should plan for the worst and hope for the best.  This can be done by calling the emergency medical services or 911 depending on your area.  Support the patient with basic first aid procedures while waiting for rescuers to arrive and then follow up with your pediatrician after the baby is stable.

If your baby is having a high fever and your afraid that it may cause a febrile seizure, there are some basic steps to help lower your baby’s temperature.  Click here to read an article about how to lower a body temperature from a fever.

Well,  I hope this helps and I appreciate the great questions so many of you have been asking.  Keep them coming and while your waiting for a response, keep on saving lives!

Seizures can be caused by many different things and though they don’t mean that the person has a serious condition, it is important to know what to do during and after a person has one.  A student wrote in asking if I could give  some additional information about how to handle a person who is having a seizure.   Though it seems complicated when you’re watching a seizure in progress, the treatment plan is quite simple.

1. Protect the person while they are having a seizure.

2. If this is the first time this person has ever had a seizure, call 911 or EMS.

3. Treat the patients needs after they stop having a seizure.

4.  Wait for EMS to arrive and takeover.

For a detailed training on seizure first aid, go to www.profirstaid.com and click on the video review tab at the top of the page.  Then search for the topic of seizures, get your favorite beverage and watch the video training.