In this episode we talk about a way to prevent drowning with a simple action plan, especially in water that is not clear and may be cold. Watch now to learn!

In this episode, I talk about how I almost headed out on the road without my back up winter weather gear. But then I thought better of it and practiced what I preach. I thought I’d make it into a RoyOnRescue episode and show that we all have to be disciplined to prepare and not get caught off guard. I hope it helps!

A Rescue Fan wrote in and basically said, “Hey! Bad advice! Everyone knows that eating snow when stranded in the wilderness is a bad idea. It can make a person hypothermic!”

As I thought about their comment, I began to do some research and then some deeper thought on the subject.
I instantly began to wonder if the commenter had a point. Is it better to slow down the hypothermia that may be already causing symptoms or die from dehydration?

Remember, hypothermia usually sets in as quick as 3 hours or less in certain cases while life threatening dehydration can take up to 3 days. So, if you’re surviving the elements long enough to dehydrate, you’re probably staying somewhat warm. If so, then consuming snow or melted snow and getting hypothermic as a result is probably the last of your concerns when thinking about staying alive. For if you survive the elements, dehydration and death will be knocking in about 2-3 days. 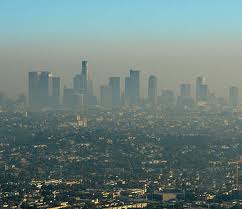 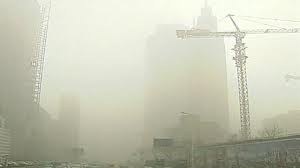 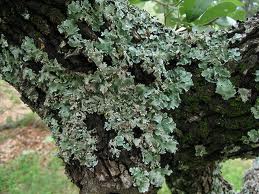 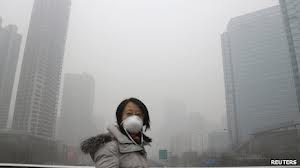 After hearing about a couple getting stranded in a mountain pass off-roading and the driver dying while seeking help, I thought I should talk about key elements around surviving out in the cold.  People are often overcome by the cold simply due to lack of pre-planning, proper equipment and an adequate plan for survival until rescue help arrives.  If you’ve ever wondered what you would do if you were lost, stranded or overcome by the winter elements, be sure to watch this episode of RoyOnRescue.
In the meantime, remember at least these important points:

1.   Let people know where you are going and what route you’ll be taking…then stick to it!
2.   Dress with layers of clothing or have extra clothing available
3.   Bring warming agents like hand and pocket warmers along with extra blankets
4.   Bring extra food that can handle getting cold or even freezing like granola, nuts etc.
5.   Eat snow for hydration
6.   Bring GPS
7.   Bring Flare Gun
8.   Never drive with low gas tank
9.   If the roads are dangerous, maybe stay home or extend your vacation
10. Repeat steps 1 thru 9

Have you ever been surprised by how fast a child can be in one place and the next time you turn around they are in another?  Have you ever been shocked by how fast an accident can happen?  In this episode, I address lawn mower safety as a result of a terrible tragedy where a 5 year old girl was hit and then run over by a riding lawn mower. It is unknown as to the exact details leading up to this horrific accident or what the abnormal conditions may have been that caused this to happen.  The little girl was pronounced dead on scene. There was nothing related to first aid that would have helped her but I have to think that being more sensitive to prevention may be able to save future lives.   I pray for a miraculous Grace and healing to be given to the surviving family members of this little girl and I hope to remind us all of some ways to ensure this doesn’t happen.

May God bless and heal this family.

Ahhh…Spring is in the air. What a lovely time of year. The air becomes warmer, birds begin singing and the snow begins to melt. Now, just add some strong spring rains and…you’ve got floods! Right now, the National Weather Service has issued flood warnings for the North Central U.S. In this episode of RoyOnRescue, we take a look at flash floods, how to be on guard and how to survive one if you are ever caught off guard.
Don’t miss this episode of RoyOnRescue and get ready to be safe and help others be safe that might be at risk for flash flood emergencies.

Most of us know what to do to prepare for a bad winter storm, but because we all can use reminders from time to time, I thought I’d post a video blog that just highlights some of the things to think about.  From generators to alternative heat sources, driving safety measures to foods that are easy to store, to ways to safely remove snow from our roofs, this video blog tries to highlight some important things to remember while weathering a winter storm.

Hope it helps in time.

In this RoyOnRescue, I reply to a question a student emailed me about how to recognize heat exhaustion and heat stroke and how to treat both.   If you ever wondered if a person was just “over heated” or if they might be in danger of suffering a life threatening heat stroke, you will want to watch this video blog reply.

In some parts of the country it doesn’t feel very hot but don’t be fooled…Summer is just around the corner.  Be ready and don’t allow you or someone you love to become a victim of Heat Stroke!

An Emergency Responder who helps out with California High Desert Races is having some issues with Poisonous Snake Bites and slow response times due to being so far away from civilization. In this response video blog, we take a look at the different types of rattlesnakes that are causing problems, how they might kill a person and how we as rescuers could make the difference between life and death.